Sainsbury's, the second largest supermarket in the UK, and Deliveroo, the UK's leading food delivery company, today announce that they have expanded their trial to around 100 stores across the UK, as they sign a new, two-year contract.

This rapid growth means around 30% of the total UK population in Deliveroo zones can now access more than 1,000 products from Sainsbury's and have them delivered in as little as 20 minutes. 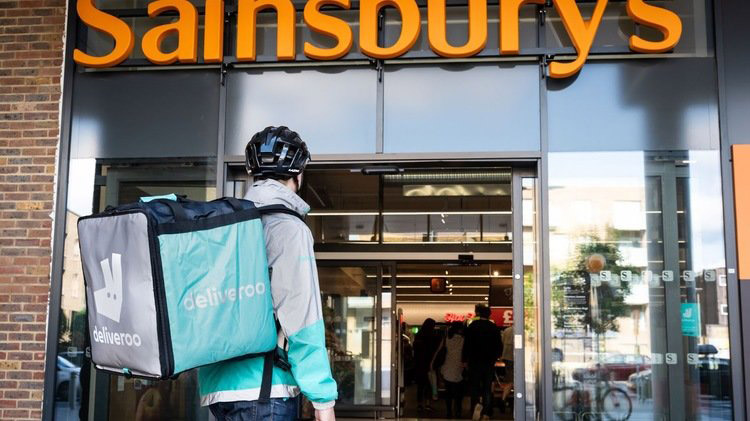 The expansion includes 22 new stores in London with the remaining stores spread nationally. The trial was initially launched in 10 stores last November.

Since the trial started, some of the most popular items that customers are ordering include healthy grocery products.

The top five products Deliveroo customers have been picking up from Sainsbury's since November are:

Working with Deliveroo has helped us offer home grocery deliveries to even more customers, bringing them a super-fast service when they need something in a hurry. We know how much Sainsbury's customers value being able to shop for food as quickly and conveniently as possible and we're delighted to be able to expand this service further.

We are delighted to announce this expansion of our new partnership with Sainsbury's, which has proved so popular with customers. Deliveroo's on-demand grocery partnerships have proven vital for so many people during the pandemic, allowing families to get the food and household items they need and want quickly. We are excited to continue expanding this partnership in the weeks ahead and offer Sainsbury's amazing products to even more customers across the UK.

This announcement follows the news that Deliveroo expects to expand into around 100 new towns and cities across all four nations of the UK in 2021 and expects to reach around 4 million more customers.